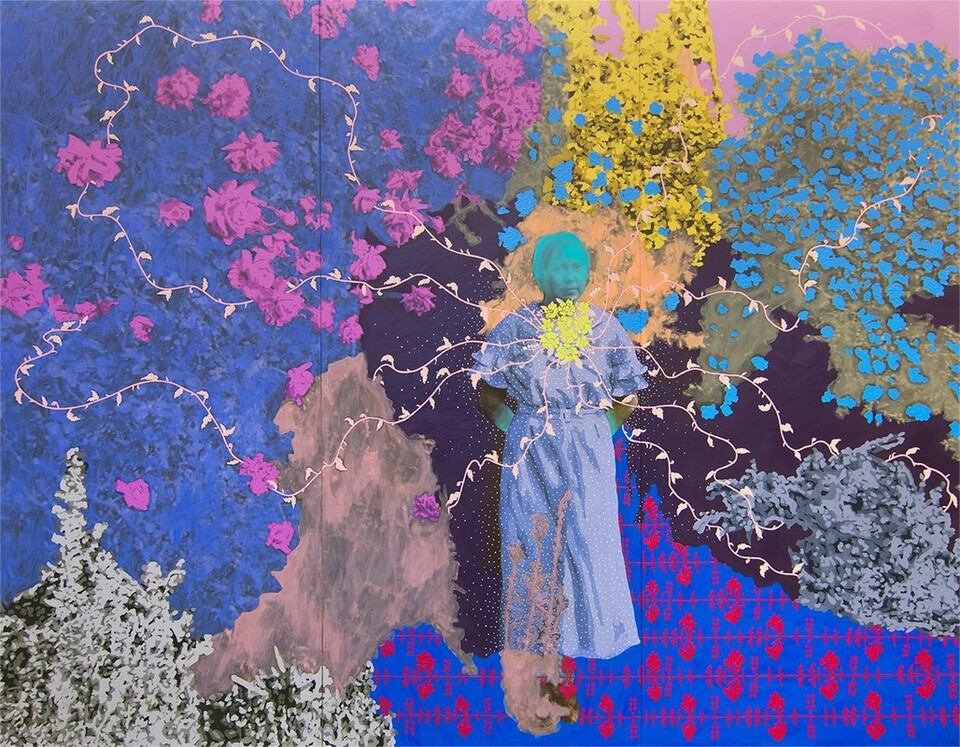 Eleanor Swanson
What do they see, those who come
to the lake and stand, or sometimes sit
on the wooden benches at the lake’s
sandy edge?  They stare, men and
women, young and old, and they
do not appear to be contemplating
the lake’s dazzle or looking for anything
in particular, such as the mallards
and their ducklings or the cormorants
drying their dark, slightly ominous wings,
or the swallows sweeping the water’s surface.

Their stillness and fixed expressions
are disquieting, making me think
of things outside the known world.

The watchers seem to be memorizing
the water and hoping in turn that the water
will remember them, so that when they
next come to the lake, they won’t have
to expend so much time, so much effort.

Those who watch the water know that
like the mind, the lake is wider than the sky.

Sometimes I come back at twilight
and find a few of the watchers still
standing at the lake’s edge, silhouetted
against the sky, still memorizing
the water and hoping the water
will remember them.

Perhaps they see mirrored in the lake
the world on fire, pestilence, death,
famine, suffering of all kinds, endless war.
Perhaps they sometimes also see
beauty beyond description.

When they finally turn away from the lake,
they walk in the growing darkness--
thinking they are heading home at last--
but they are no longer sure it is the right way,
the right place, anymore, to be.
Eleanor Swanson is a widely published poet and fiction writer. She was a featured poet in the fall 2017 issue of The Missouri Review. Awards include an NEA Fellowship and a Colorado Council on the Arts Fellowship. She has been nominated three times for a Pushcart Prize. Her first poetry collection, A Thousand Bonds: Marie Curie and the Discovery of Radium, was a finalist for the Colorado Book Award, and her second collection of poetry, Trembling in the Bones—about the Colorado Coal strike of 1913 and the 1914 Ludlow Massacre—was reissued in 2013 ( 3: A Taos Press). Her third poetry collection is Memory’s Rooms (Conundrum Press). She is also a fiction writer who has published a novel and two collections of short stories. Her collection, Exiles and Expatriates, won the 2014 Press Americana Prize. She is a mentor to two incarcerated poets at the Sterling Correctional Facility. She regularly reads from her work in the Denver Metro area and she is a Core Faculty member in the Regis University Mile-High MFA Program, where, during the residency period, she teaches fiction and poetry workshops and craft seminars.
​
About the work: “I like to frequent Garland Trail near Crown Hill Lake and have observed, as the poem indicates, “men and/women, young and old” sitting for extended periods of time staring across the lake. “What do they see?” the poem asks in the first line. And what do they see that can’t be unseen, that makes their connection to the water irrevocable, and leaves them in a place of mystery and loss?  They are no longer sure they are headed to “the right way/the right place.”This poem is in my collection Non Finito, in submission to publishers.”
The Art 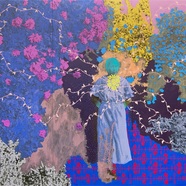 UNTITLED (MAY 15 1933), 80"X102", 2017
Daisy Patton has a BFA in Studio Arts from the University of Oklahoma with minors in History and Art History and an Honors degree. Her MFA is from The School of the Museum of Fine Arts, Boston/Tufts University, a multi-disciplinary program. Patton's practice is focused on history, memory, and social commentary stemming from this youth soaked in such specific cultural landscapes. Her work explores the meaning and social conventions of families, little discussed or hidden histories, and what it is to be a person living in our contemporary world. One such series is Forgetting is so long, reviewed in Hyperallergic and The Denver Post, as well as featured in Create! Magazine, The Jealous Curator, Vasari21, Fraction Magazine, Full Blede, and Backroom Caracas. Patton is the recipient of the Montague Travel Grant for research in Dresden, Germany, and she was also awarded a position as an exchange student at the University of Hertfordshire, UK while an undergraduate. She has completed artist residencies at Minerva Projects, Anderson Ranch, the Studios at MASS MoCA, RedLine Denver, and Eastside International in Los Angeles. She has exhibited in solo and group shows nationally, including her first museum solo at the CU Art Museum at the University of Colorado. K Contemporary represents Patton in Denver.  More here
About the art: “Defacement is the confrontation with death and dislocation…”—Michael Taussig, Defacement. “ They say we die two deaths: the first is our actual passing; the second is when the last person who remembers us takes their final breath. Family photographs, vessels of memory, are integral to extending this quasi-life. They show a mother, a child, a past self, full of in-jokes and the mundane meaningful only to a select few. But divorced from their origins, these emotion-ridden images become unknowable and lost in translation, for they are intrinsically entwined with the intimate memories of someone. These images are timeless because photography can forever capture a moment—so much so that they have outlived their families and purpose, becoming orphans. As we drown in an overwhelming visual culture, what place does an old family photo have outside their original home? In Forgetting is so long, [the series which this painting is from] I collect abandoned, anonymous family photographs, enlarge them past their familiar size, and paint over them. I paint to disrupt, to reimagine, to re-enliven these individuals until I can either no longer recognize them or their presence is too piercing to continue. Family photographs are sacred relics to their loved ones, but unmoored the images become hauntingly absent. Anthropologist Michael Taussig states that defacing these types of objects forces a “shock into being;” suddenly we perceive them as present, revered, and piercing. By mixing painting with photography, I lengthen Roland Barthes’ “moment of death” (the photograph) into some semblance of purgatory. Not alive but not quite dead, each person’s newly imagined and altered portrait straddles the lines between memory, identity, and death. They are monuments to the forgotten. All works in this series are mixed media paintings (oil-painted photo prints), mounted on panel. A note on titling: all the paintings are technically untitled, but if there is any written information on the found photograph, that is included in parentheses. Otherwise, the bracketed wording is a general description.”