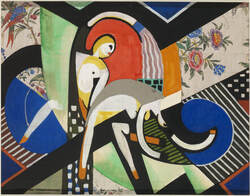 ​Unplaceably There
​
Matthew Burkett
​Where It Dissolves

Matthew Burkett lives in Waltham, Massachusetts.  In the precious time when he's not researching for his PhD candidacy exam or teaching writing classes, he is writing his first collection of poetry.​
​
About the Work

"These poems are an attempt to express schizophrenia, not necessarily from a first person perspective but through language, industry, the social, and space. In the past year, my writing has been inspired by music (such as Salvatore Sciarrino), languages, and specialized discourse."