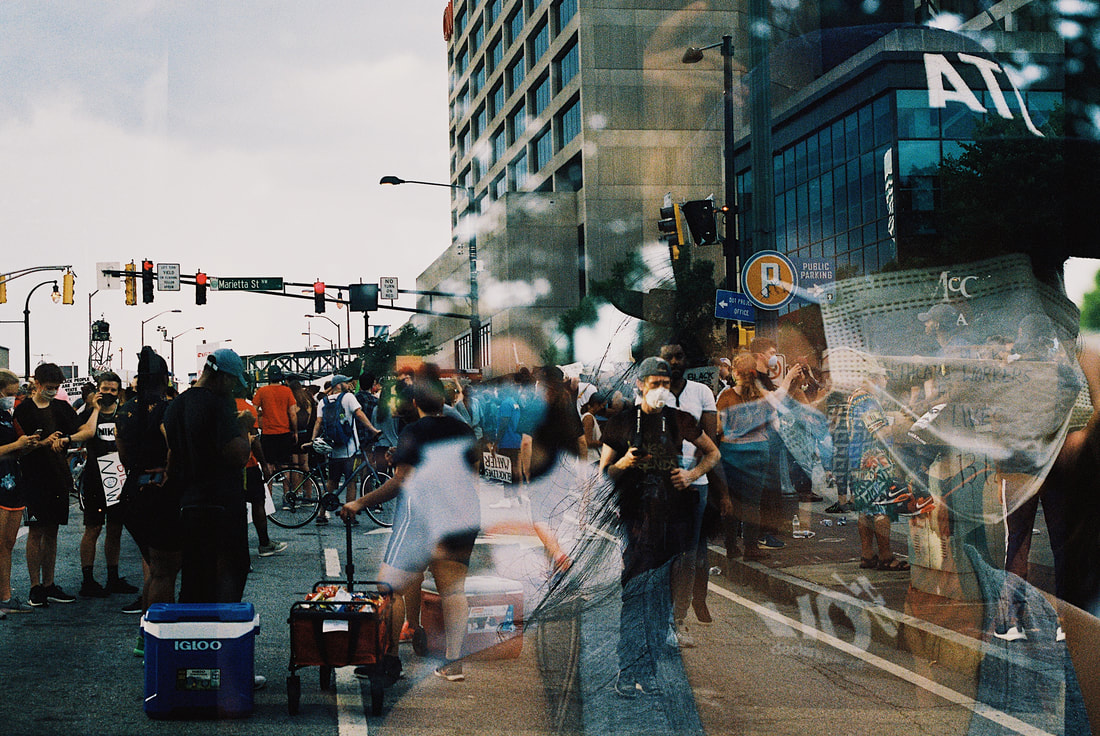 "Back To The Real World 2" by Nazrene Alsiro; film photograph; 2020 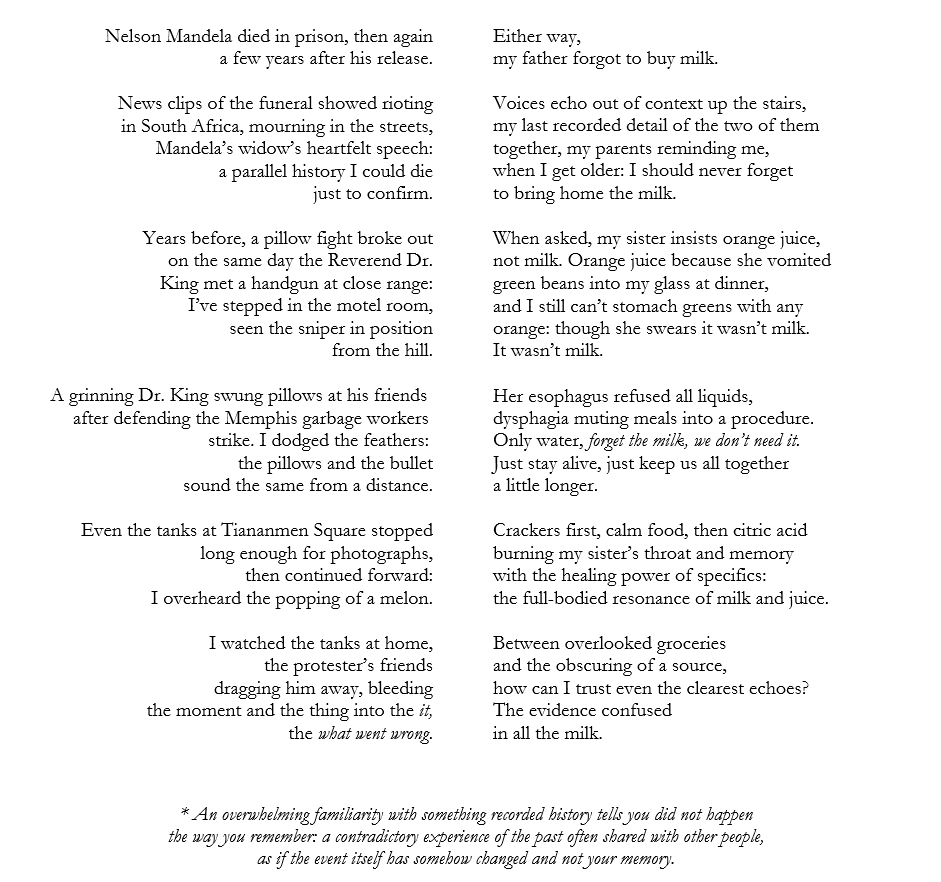 AT Hincapie was awarded the Margaret Reid Prize for Formal Verse, and was named an honorable mention for the Muriel Craft Bailey Award and a finalist for the Colorado Prize for Poetry. His writing has also been featured with The Coalition of Texans with Disabilities and Intima Journal of Narrative Medicine. He works with Palette Poetry and teaches in Colorado.

"Paranormal researcher Fiona Broome coined this term for “collective false memories” in which large percentages of the population claim to remember public events differently than officially reported. This theory purports the existence of alternate timelines and even parallel dimensions to explain these discrepancies – but in reality, much of the work of remembering often falls on children, on the survivors who become tasked with internalizing their traumas while still getting all the details correct for the next generation."

Nazrene Alsiro is a practicing Interdisciplinary Artist located in Atlanta, Georgia US, but was born in the Philippines with a mixed racial background of both Palestinian and Filipino. Her original focus at Florida State University was Video/Photography and Sculpture however, she has been focusing on painting and analog as of lately. She presents her photography in a variety of formats as well as video installations that may include sculptural forms. Her curiosity is drawn to the complex connection between mental health and the need for societal normalcy. In some of her work, she uses material such as tulle because it mimics the haziness in dream-like memories. In previous and ongoing work, Nazrene addresses the ongoing turmoil that takes place in the West Bank. Hoping for peace while presenting subtle truths of what is taking place. As of recently, she has taken interest in paint drenched paper towels used to clean up paint and recycles it into a material used in the paintings, all inspired by the COVID-19 pandemic. In photographs, she uses the double exposure format in which compresses two moments that set a narrative of what she sees during the All Black Lives Matter movement. As of now, she plans to continue to use exploration, observations, and experience as a part of the process.

“Whether channeling personal expression, provoking emotions, or capturing a moment of light and shadow, in my work I want to portray the spasms of feelings that underpin our life. I explore fear and curiosity connecting mental health in the modern world. I work by observing others and their emotions as well as embracing my own. I intend to bring the beauty of what's unseen and life's unidentifiable outcomes.”