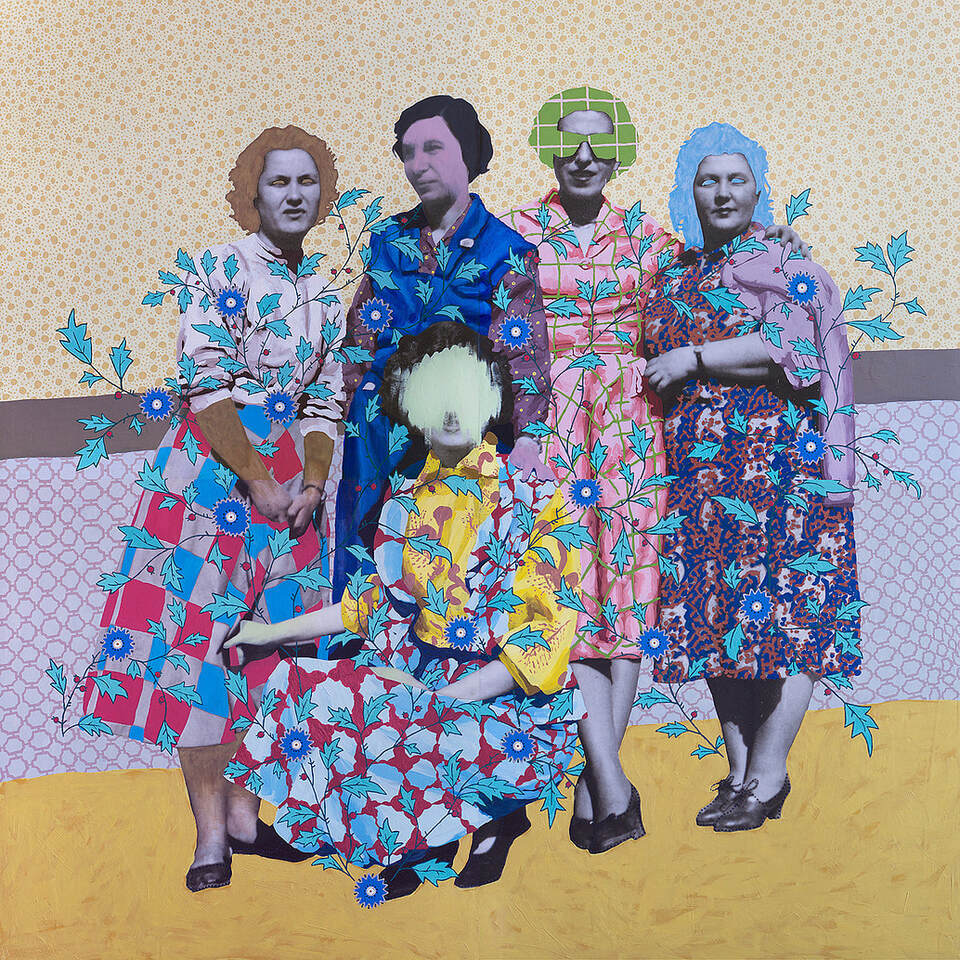 John Sibley Williams
from the sky. Say the penned-in horses trembling with dreams of escape
look nothing like us. Say our violences are meant to beat the song out of
​each other, that what we’ve killed is most likely not dead, at least not
forever. If there’s such a thing as forever, say we’re guaranteed some well-
lit corner of it, that everything vanishes when not standing directly before us.
Before us, say no light or darkness or horses or sky existed. Even the gods
need something to believe in. When I stay up all night watching the city
undress, say I’m the one suddenly naked, exposed, totally unprotected
from eden.
John Sibley Williams is the author of As One Fire Consumes Another (Orison Poetry Prize, 2019), Skin Memory (Backwaters Prize, 2019), Disinheritance, and Controlled Hallucinations. An eleven-time Pushcart nominee, John is the winner of numerous awards, including the Philip Booth Award, American Literary Review Poetry Contest, Phyllis Smart-Young Prize, The 46er Prize, Nancy D. Hargrove Editors' Prize, Confrontation Poetry Prize, and Laux/Millar Prize. He serves as editor of The Inflectionist Review and works as a literary agent. Previous publishing credits include: The Yale Review, Midwest Quarterly, Sycamore Review, Prairie Schooner, The Massachusetts Review, Poet Lore, Saranac Review, Atlanta Review, TriQuarterly, Columbia Poetry Review, Mid-American Review, Poetry Northwest, Third Coast, and various anthologies. He lives in Portland, Oregon.
​
About the work: “Part prose poem, part non-narrative, voice-driven traditional poem, “Say we’re descended” stemmed from the line: “Even the gods need something to believe in”. This odd phrase inspired a series of journal notes exploring belief, eternity, faith, the violence of faith, and our inherent need to cause violence, as if ruin might one day save us. These notes found their connective tissue in the repeated images of horse, sky, and light, which aim to anchor such otherwise conceptual (and often painful) larger human questions.”
The Art 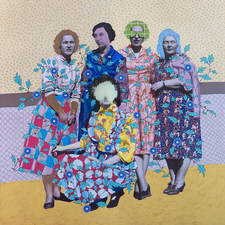 UNTITLED (FIVE PATTERNED WOMEN), 72"X72", 2016
Daisy Patton has a BFA in Studio Arts from the University of Oklahoma with minors in History and Art History and an Honors degree. Her MFA is from The School of the Museum of Fine Arts, Boston/Tufts University, a multi-disciplinary program. Patton's practice is focused on history, memory, and social commentary stemming from this youth soaked in such specific cultural landscapes. Her work explores the meaning and social conventions of families, little discussed or hidden histories, and what it is to be a person living in our contemporary world. One such series is Forgetting is so long, reviewed in Hyperallergic and The Denver Post, as well as featured in Create! Magazine, The Jealous Curator, Vasari21, Fraction Magazine, Full Blede, and Backroom Caracas. Patton is the recipient of the Montague Travel Grant for research in Dresden, Germany, and she was also awarded a position as an exchange student at the University of Hertfordshire, UK while an undergraduate. She has completed artist residencies at Minerva Projects, Anderson Ranch, the Studios at MASS MoCA, RedLine Denver, and Eastside International in Los Angeles. She has exhibited in solo and group shows nationally, including her first museum solo at the CU Art Museum at the University of Colorado. K Contemporary represents Patton in Denver.  More here
​About the art  “Defacement is the confrontation with death and dislocation…”—Michael Taussig, Defacement. “ They say we die two deaths: the first is our actual passing; the second is when the last person who remembers us takes their final breath. Family photographs, vessels of memory, are integral to extending this quasi-life. They show a mother, a child, a past self, full of in-jokes and the mundane meaningful only to a select few. But divorced from their origins, these emotion-ridden images become unknowable and lost in translation, for they are intrinsically entwined with the intimate memories of someone. These images are timeless because photography can forever capture a moment—so much so that they have outlived their families and purpose, becoming orphans. As we drown in an overwhelming visual culture, what place does an old family photo have outside their original home? In Forgetting is so long, [the series which this painting is from] I collect abandoned, anonymous family photographs, enlarge them past their familiar size, and paint over them. I paint to disrupt, to reimagine, to re-enliven these individuals until I can either no longer recognize them or their presence is too piercing to continue. Family photographs are sacred relics to their loved ones, but unmoored the images become hauntingly absent. Anthropologist Michael Taussig states that defacing these types of objects forces a “shock into being;” suddenly we perceive them as present, revered, and piercing. By mixing painting with photography, I lengthen Roland Barthes’ “moment of death” (the photograph) into some semblance of purgatory. Not alive but not quite dead, each person’s newly imagined and altered portrait straddles the lines between memory, identity, and death. They are monuments to the forgotten. All works in this series are mixed media paintings (oil-painted photo prints), mounted on panel. A note on titling: all the paintings are technically untitled, but if there is any written information on the found photograph, that is included in parentheses. Otherwise, the bracketed wording is a general description.”