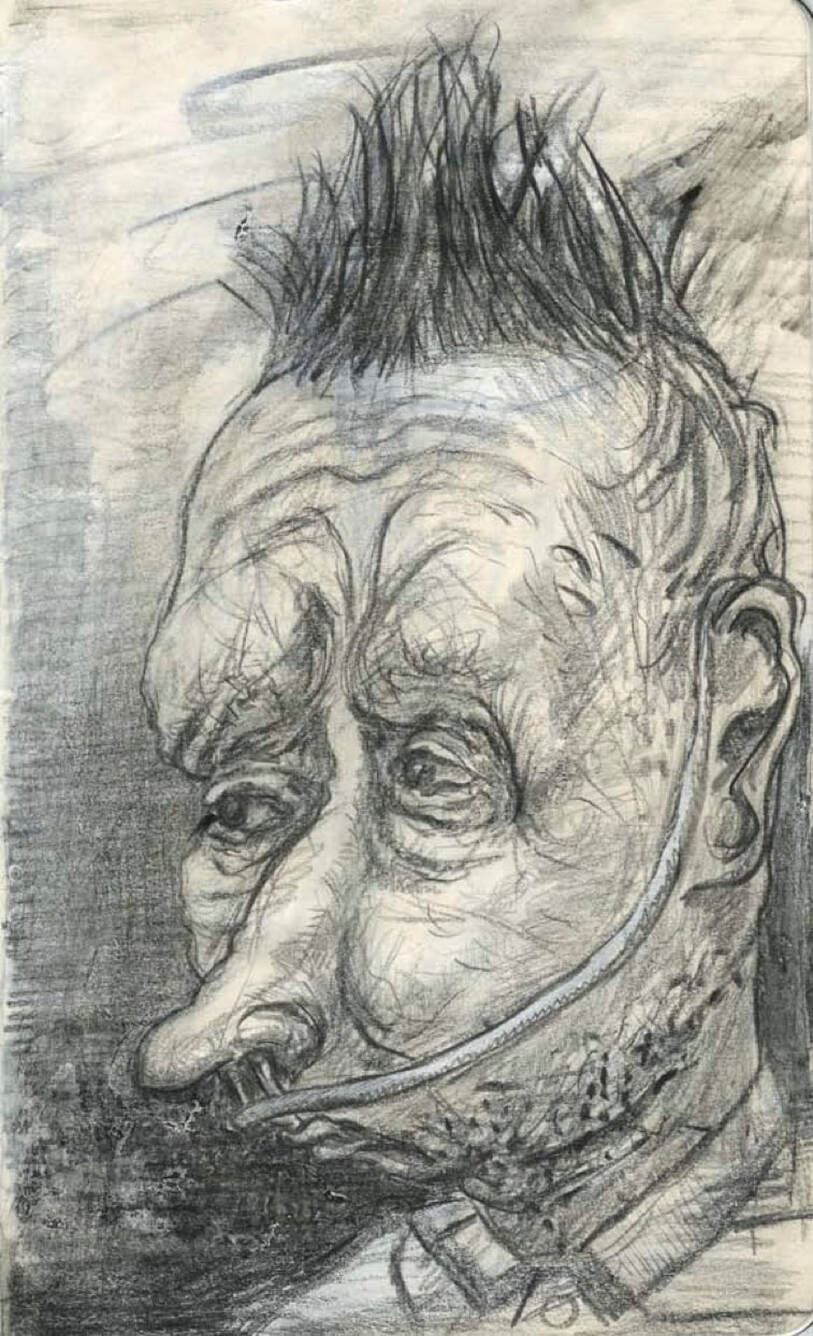 “Chapter 3”  from it all melts down to this: a novel in timelines 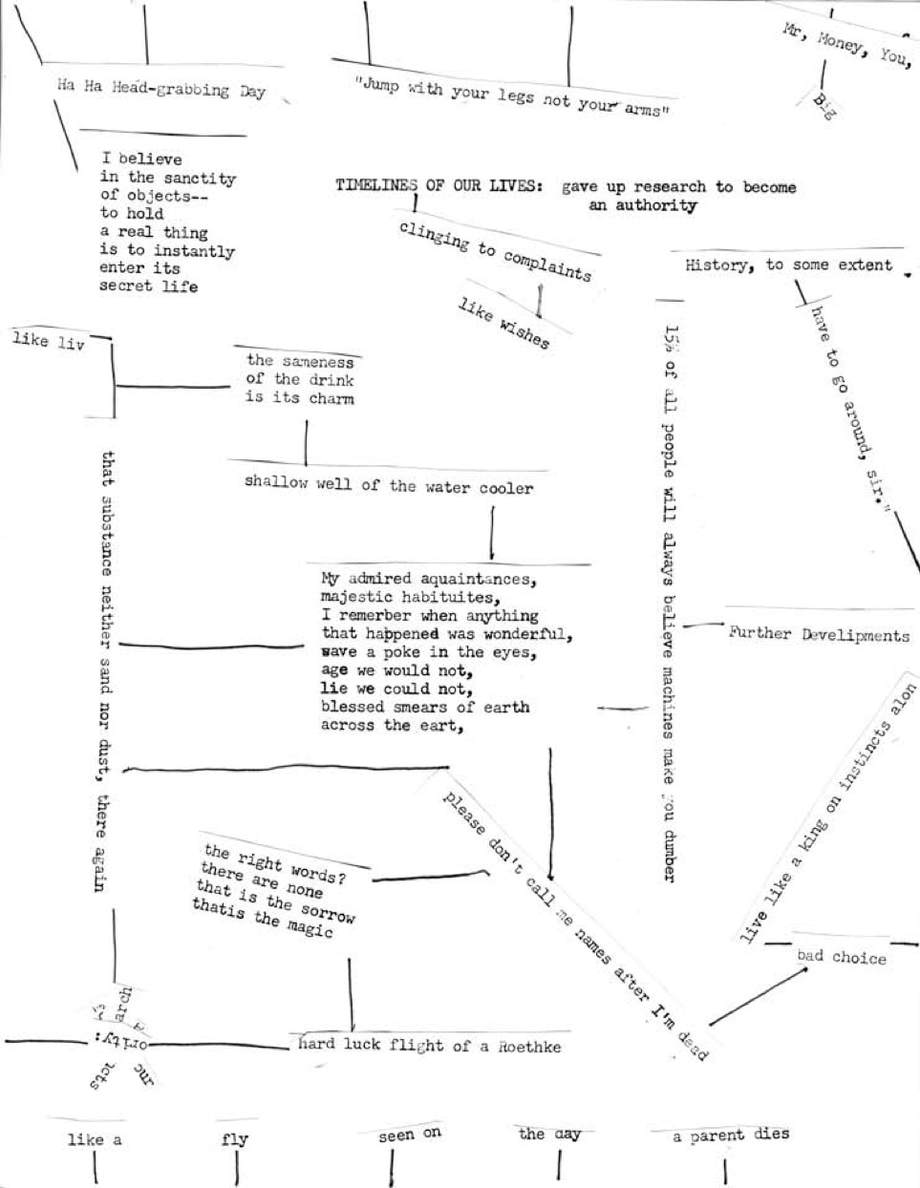 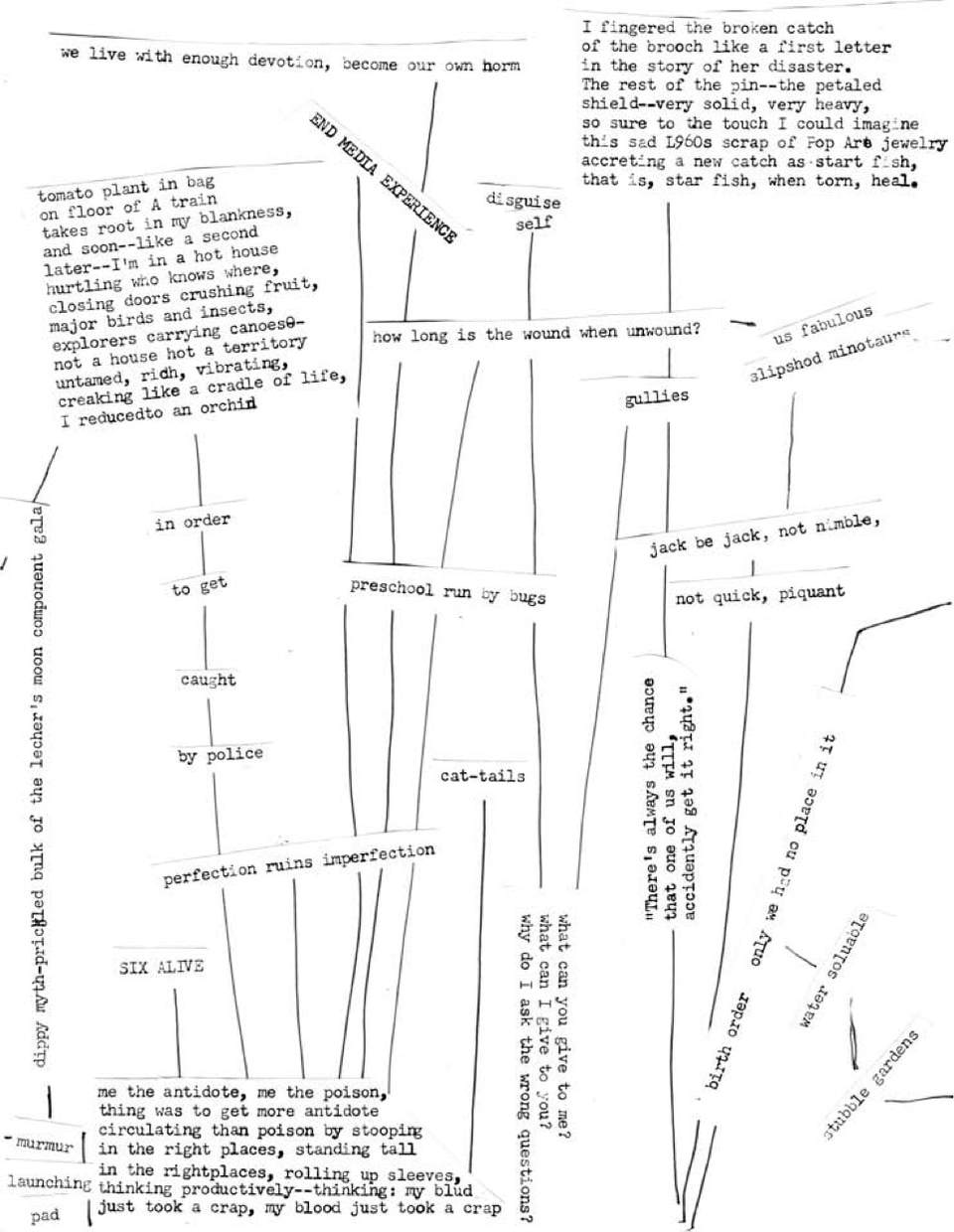 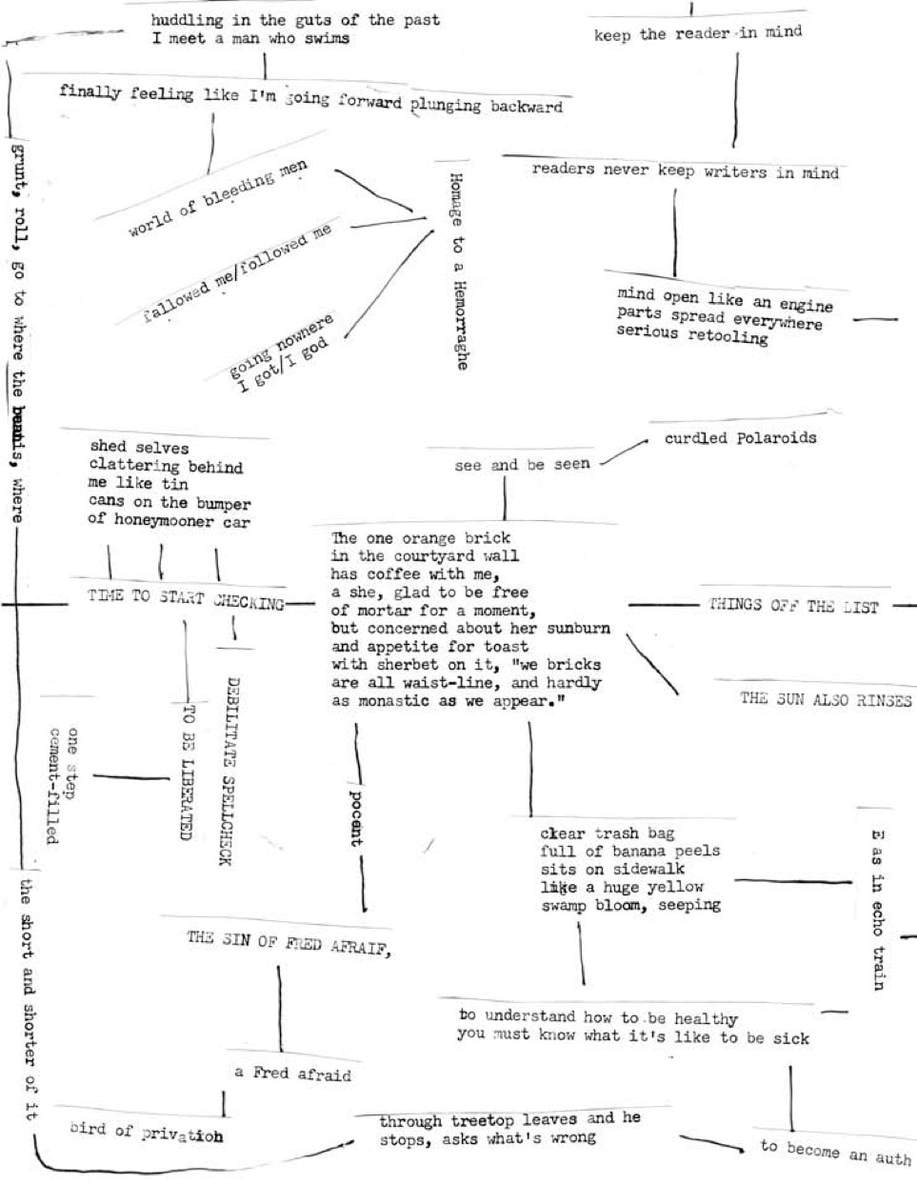 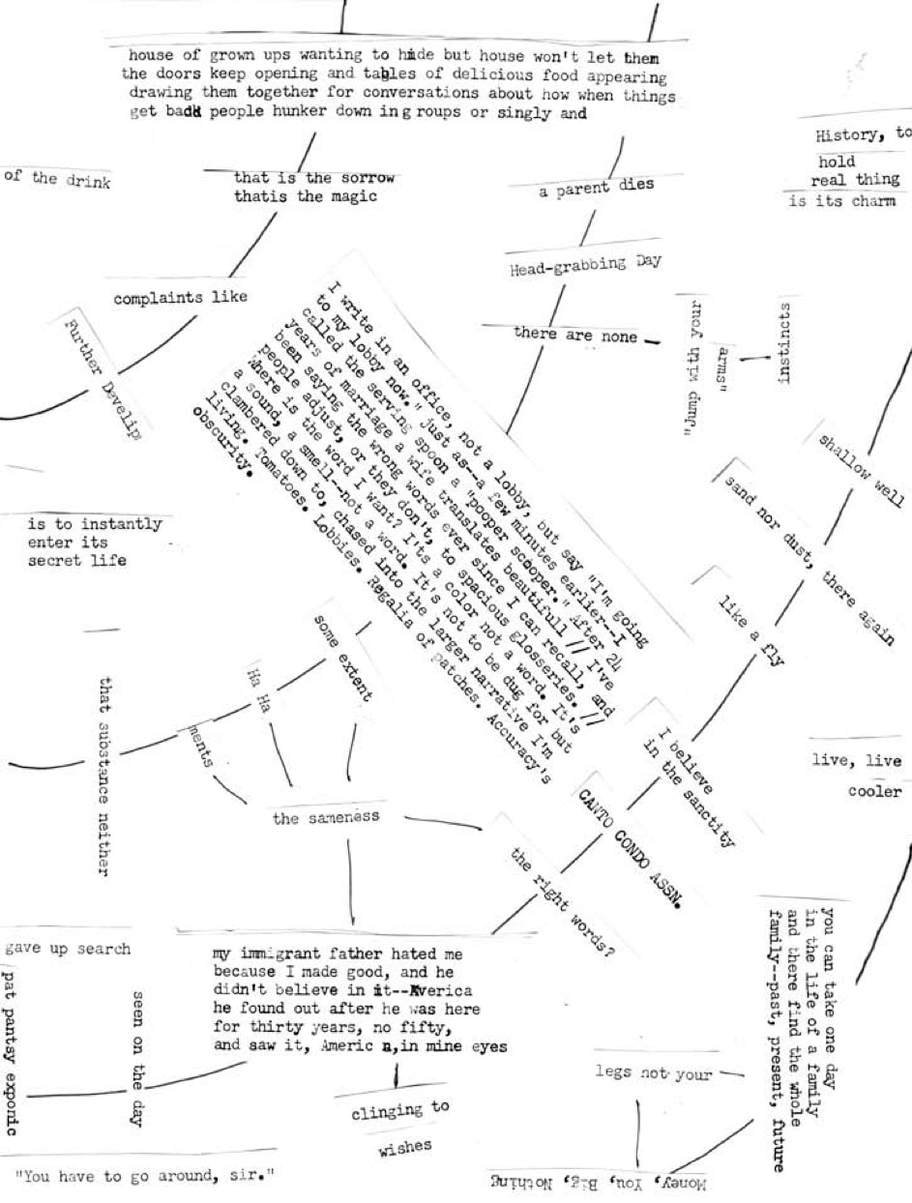 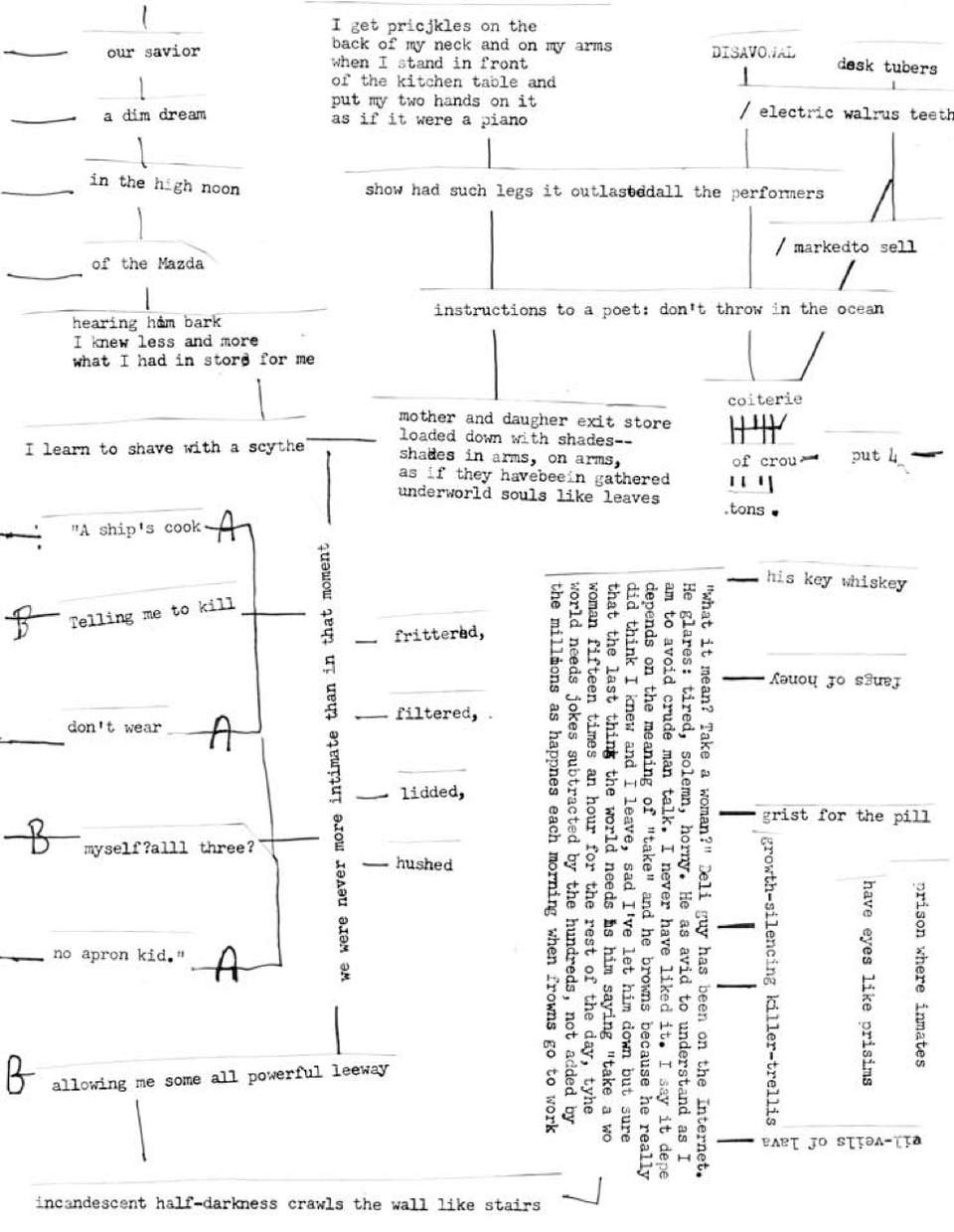 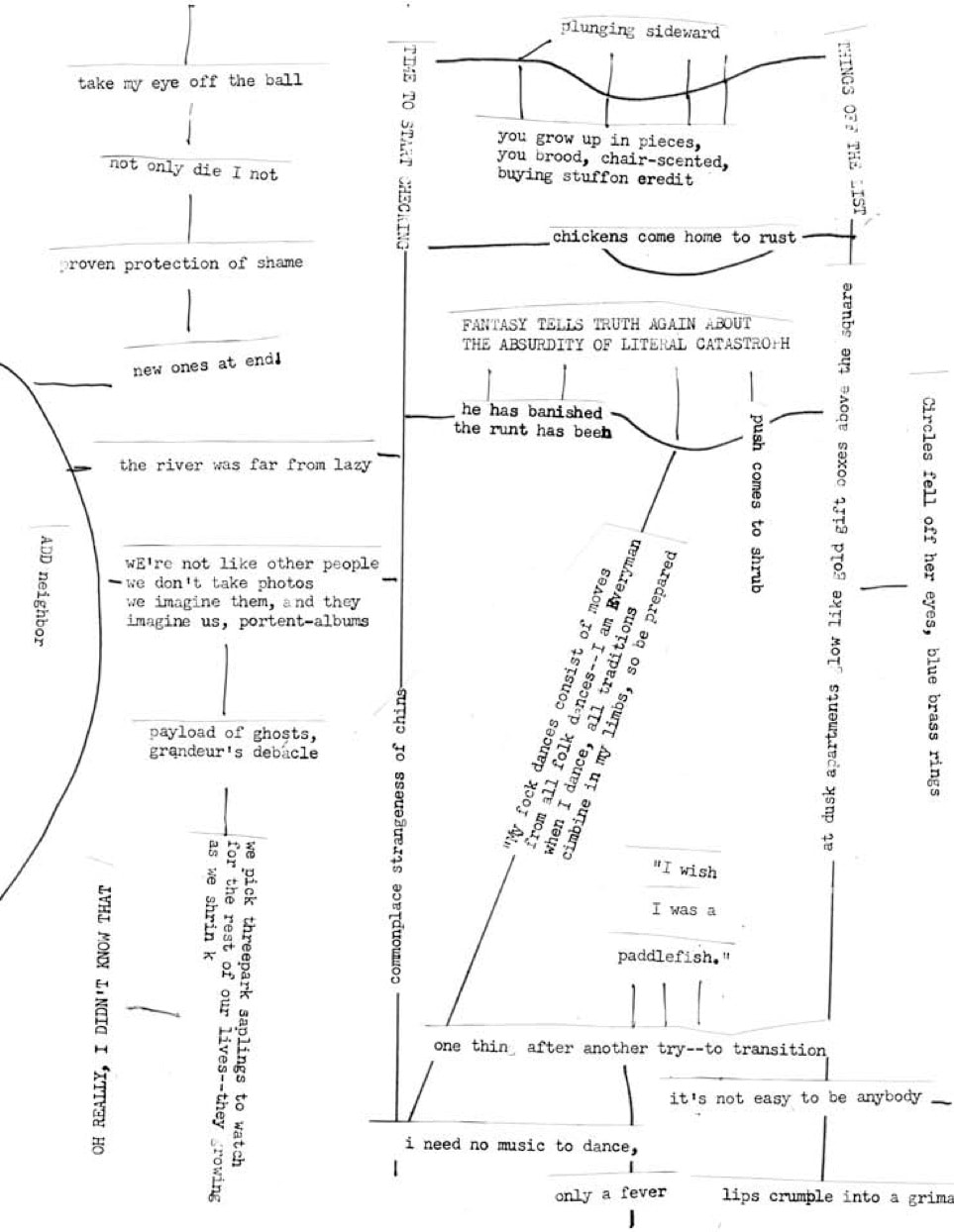 Ben Miller is an essayist and fiction writer. His prose has appeared in Best American Essays, One Story, Southern Review, Harvard Review, New England Review and elsewhere. He is the author of River Bend Chronicle (Lookout Books) and the recipient of awards from the National Endowment for the Arts (fellowship), the Radcliffe Institute for Advanced Study at Harvard University (fellowship) and the Schlesinger Library on the History of Women in America (research grant).​
​
About the work: “Each of the 21 chapters of it all melts down to this: a novel in timelines was inspired by a different drawing by Brooklyn artist Dale Williams. The project, as a whole, intends to grapple with the disassembling force of time, rather than the ways in which time helps us construct a stable idea of the world, and ourselves. Timelines constituting Chapter 3 possess the anatomical texture of veins that are—in a surprisingly organized grid—the conduits of the disorder experience can inflict on consciousness. When interacting with each drawing of Dale’s, I tended to isolate one particular striking aspect to use as a central structure informing the shape and mood of pages. Here I chose the vein-like breathing tube, a place I imagined as not only filled with oxygen but also a space where words might be trapped, lost, trying to break free to fly into new arrangements to create more sense out of confusion.”
The Art 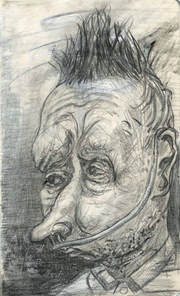 "Portrait" graphite and pastel on paper 8" x 5.5"
​Dale Williams has exhibited in the New York City area over the past 25 years. He is a 2014 recipient of a fellowship in Printmaking/Drawing/Book Arts from the New York Foundation for the Arts. His most recent one-person show, “America Now Suite,” which re-visioned American history in service of the civic imagination, was held at Gowanus Loft (Brooklyn) in October 2018. In the summer of 2016 he created a suite of site-specific works featured in a group show, “Eutopia,” at the Snug Harbor Cultural Center on Staten Island, NY. His work has been published in BOMB, Ecotone, the Weirderary, Bat City Review, Hayden’s Ferry Review and other print and on-line journals. He studied art at the Cooper Union, Hunter College and Cal Arts.
About the art: “The images in my work are an attempt to define a mythos: figural embodiments that might serve as metaphors for the complexity of experience, both personal and shared. They are like remembered fragments of dreams: despite the lack of a complete narrative context they present a distillation of significance.  A story is born from the image, not vice versa. The works and the figures represented exhibit varying degrees of distress - the pictures are healed scars bearing evidence of a wounding trial. Why do I need to see these figures? Each successive work is an effort to answer this question.”