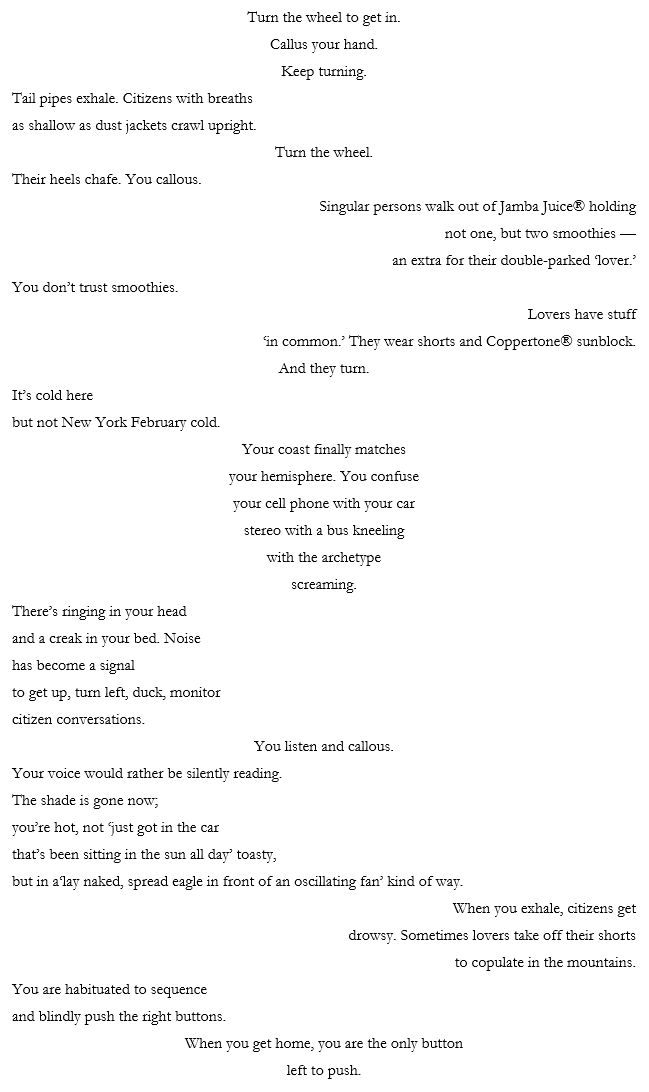 Delia Tramontina is originally from Flushing, NY. She received her MFA in Writing and Poetics from Naropa University in 2001. For 3.5 years she co-hosted Poet As Radio, a weekly show on writing and poetry, streaming online on San Francisco Community Radio. She currently lives and works in San Francisco. In 2018, her chapbook CONSTRAINT was published by Dancing Girl Press. The two pieces appearing here are from her full length manuscript RIGHT LEFT.  Other individual poems from that project have appeared in 1111, Unique Poetry, and dead peasant. Poems from other projects have recently appeared in Strukturris and Moss Trill.

​The poems included here, "Your voice is empty and has space to hold gerbils and beach balls" and "Your voice would rather be silently reading,” are from my full length manuscript RIGHT LEFT. This project took a rather circuitous route to get to where it has arrived. Along the way, it picked up some characters, dropped off some pronouns, and both lost and gained narrative elements. What remains is an exploration of power, role, collectivity, belonging and lack of belonging. This entire project was created to speak to the experience of looking outside oneself, to see the familiar become odd and absurd. These two pieces specifically deal with feeling foreign in our home and how we carry locations within us, how we become alien to ourselves after becoming habituated to a world that doesn’t see us.