this part over here that fell off the cliff          fuck, now it is broken
is someone going to fix this?

the part that is hellfire licking extremities to infinity

for this particular department’s encampment?

wait while one Blue Wolf dissolves
just ahead, slipping like the moon does
across snow and granite, climbing higher
into the starved air of the stairwell     out through the unlocked door
thick fur just visible against roof pebbles until the sky finally
swallows it 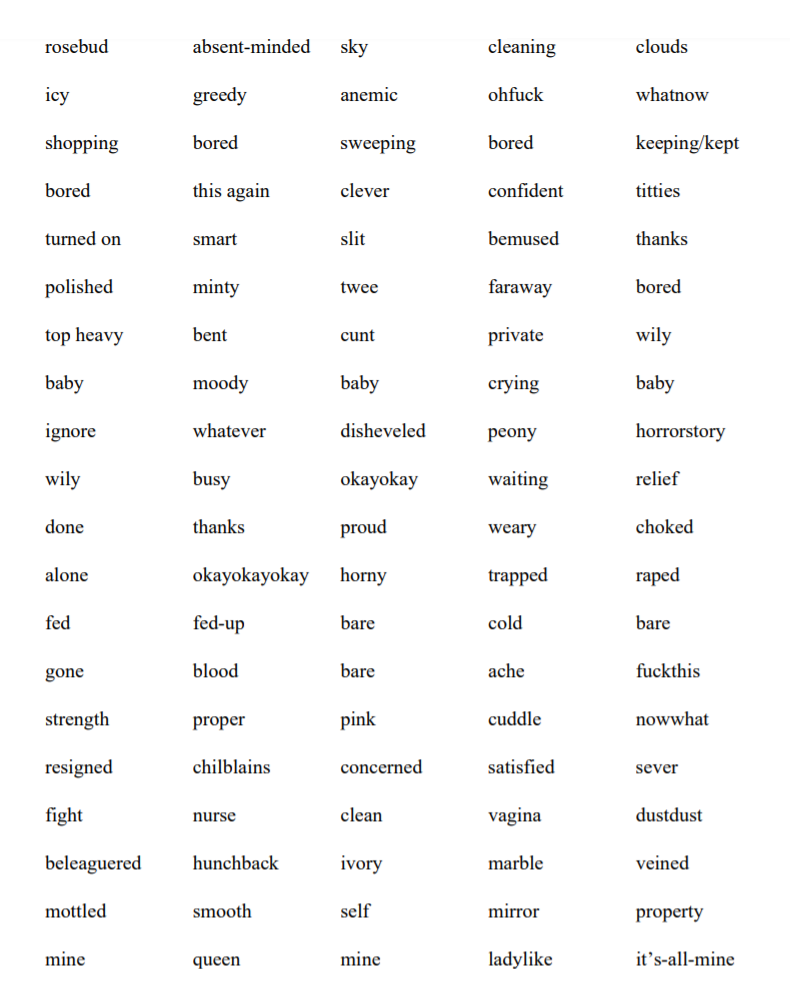 Large Soft Woman as a Motor Force of Revolutionary Struggle


I was thrown into the deep end: an
unoccupied ideological space full of
greeny chlorine and blue bent light.
I dared to struggle; to swim.

I acquired a voice and a capable pistol
with supersonic precision. It tells me
things at the tiniest level of detail
that I never heard anywhere else.

The fight is zero rolling toward Noted.

I have endured a series of soft warring states:
global reach versus locavore tendencies,
tender heart sheathed in steel, the mother
marching for and against her own.

I want to share that; elevate the unheeded.
Commit to shoot, poison, and stab
practitioners of the paranoid style.
Soon Zone Ultra will come for they who hold sway.

The period of being strangled is ending.
Free

Becca Barniskis: "I am playing a lot of PUBG mobile and Asseto Corsa lately, and competing in action pistol shooting. It’s definitely influencing my work."

"I am currently working on a full-length manuscript of “Large Soft Woman” poems entitled “La Grande Femme.” The poems explore through voice and character the oppression of women as a material condition of capitalism; they also make visible the ways women do or can seize power in various ways. I am interested in all the ways women appear and disappear in daily life and discourse and have found the label “Large Soft Woman” helpful in this regard. ​"